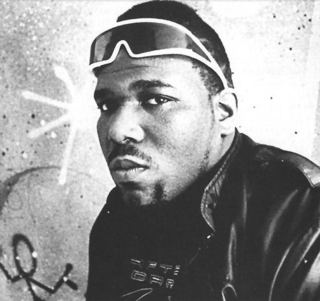 Perhaps once you were in the Tresor room, bouncing to some bangin’ beats by Jeff Mills, or out ravin’ to hardcore at a Teknival and wondering what a NY DJ who first coined the term “hip hop” has to do with techno. Truthfully speaking, the question probably never crossed your mind. From a family firmly rooted in activism, Bronx-born Kevin Donovan took the name Afrika Bambaataa Aasim from 19th century Zulu chief Bhambatha, and in 1977 sought to use rap to build his inner-city community through block parties and breakdancing competitions. “Hip hop” was a common phrase used by MCs and heard in songs like “Rappers Delight” by The Sugar Hill Gang. However Bambaataa was the first to use the term in describing the emerging culture, which included the four elements: the music of DJs, the lyrics and poetry of emcees, breakdancing, and graffiti art.

First Bam would draw several kids away from violent street gangs and into his music and culture-oriented Universal Zulu Nation. Then with this group he would set out to spread hip-hop culture with the first hip-hop tour in 1982. After becoming one of the foremost DJs next to Grandmaster Flash and DJ Kool Herc, Bam then assembled the Soul Sonic Force, and together that same year they produced the classic “Planet Rock”.

The song broke new ground as it melded hip-hop beats with the electronic melodies of the pioneering German group Kraftwerk, from their album Trans Europe Express. The song was an instant sensation, elevated Bam to godfather status in hip-hop, and invented the genre electro funk. So here’s where the techno comes in. The three people credited with the birth of Detroit techno are Juan Atkins, Kevin Saunderson, and Derrick May, formerly known as the Belleville Three. 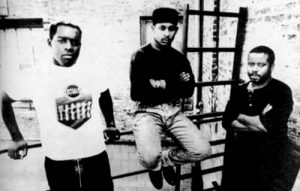 Also inspired by Kraftwerks, these middle-class african-american kids began experimenting with electronic beats and synthesizers in order to create a new progressive sound that was a departure from the “being in love or falling out” themes of R&B and Motown music. Atkins was making waves with his band Cybotron, and had considered it’s most successful single, “Techno City” (1984), to be a unique, synthesized funk composition. That is until he heard “Planet Rock.” He then realized it was light-years ahead, resolved to continue experimenting and encouraged Saunderson and May to do the same. The result was the innovative “No UFOs” in 1985.

Within the US, techno couldn’t seem to get a following outside of Detroit and other big cities. Yet abroad techno grew with the advent of rave culture, especially here in Berlin, now the de facto techno capital of the world, giving sanctuary to it and its children, notably minimal and hardcore. With the collapse of the Wall in 1989, techno parties mushroomed across East Berlin. DJ Paul Van Dyk credits techno with re-establishing social connections between East and West during reunification. Of course who could forget Love Parade, which was the biggest techno party in Berlin, known the world over, and co-founded by a certain DJ you might have heard of called Westbam. The“West” stands for Westphalia, his home state. You can guess what the “Bam” stands for. 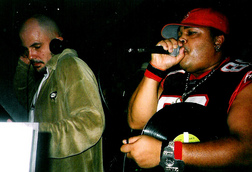 Afrika Bambaataa still continues to work today, promoting the values of hip hop that he believes are based on peace, unity, love, and having fun. He has even returned to his electro roots and collaborated with Westbam on the 2004 album Dark Matter Moving at the Speed of Light. His work continues to remind us of the ties that bind. If techno was a car, it would be a GM auto, Kraftwerk would be the axle, and Afrika Bambaataa would definitely be one of the wheels.