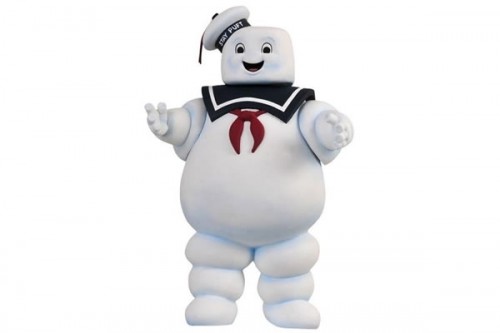 The Unbearable Whiteness Of Being

Sometimes I don’t know what I dislike more, being proud of your culture or NOT being proud. It reminds me of what Hamlet said, “to be or not to be, that is the question.” This issue comes up in my mind every time I speak to Germans who are “into other cultures”, like people who go to school in cultural studies. So that means you want to A: leave Germany for a warmer place, B: date a non-German, and/or C: learn English or some Mediterranean language. Just anyone with a bit of color, be they Black, Turk, or Israeli, has rhythm, energy, or is just so intense. Thats just another way of saying Germans, or generally white people, are boring. Well, how do I put this? Ok you’re right. I mean who am I to argue. Yep, they are so boring. Every single one.

Seriously white people, don’t beat up on yourselves. Leave that to guys like me who enjoy it. I mean in a metaphorical sense, not a physical one. Really though, I’m talking about people who run away from themselves and deny their culture in some way, like Israelis who call themselves “citizen of the world” when I ask where they’re from. I had heard that so many times before it would make my Hebrew sense tingle and I’d be like “yep, Israeli”. Now I just listen for the accent and look for the pushy attitude. Some African-Americans deny the American part even though they talk like they’re from da hood, dress like it and can’t speak one word in an African dialect. Stranger is when actual Africans act like African-Americans. We come from them but then they try to act like us. Shouldn’t they be teaching us about the circle of life or how to build a drum? However, the worst are these bohemian Berliners with their happy hippy, hairy fairy, hocus pocus disney jive who don’t want to call themselves German, even though they speak the language, have the passport, have roots that go back generations and get cash from Papa Deutschland. Yes these people try to drive their Germanness away with Goa trance and herbal tea therapy. Got some black in you? Would you like some? Date a brotha!

I think everyone goes through a phase of wanting something different but that’s not the same as wanting to be different. I wanted to move to London. I wasn’t turned off by the bad food and worse weather because you just don’t see those things in British TV shows like Dr. Who and Red Dwarf. I would see people like Lenny Henry and think “ Cool there’s a country where black people speak better than I do!” I had British friends, a British boss and then eventually fell in love with a British girl. She was a singer, and when she performed with her four bandmates, I felt like she was singing to me. Oh Scary Spice. So these influences made me leave the US and head for Ol’ Blighty. I had the bad food, experienced the bad weather and noticed every time I went into a police box, when I came out I was in the same time, same place with the same pear-shaped pasty-faced cop looking at me with a “bloody yank tourists” look on his face saying “Get t’ fuck!”

But if there’s ever a people with low self-esteem, it’s the English. Thats where their black self-deprecating humor comes from. Even the arrogant ones who express pride for spreading democracy and the English language around the world through British colonialism, but then complain about American colonialism because their favorite fish and chip shop was replaced by a McDonald’s. Excuse me but Chester’s not an African name. There are no African towns called Chester. Chester is the name of an English city. So who colonized who? Yes I would say these people have low-self esteem too. For them, America is like Margaret Thatcher’s crotch. They actually love it, but hate themselves for it and so don’t want to admit it.

I think a person can respect the culture they came from without being overly patriotic. I never wanted to be British, German or a world citizen. I’m totally proud of being African-American and the influence we’ve had on our country and the world. I would say that I’m happy being American without being happy with America. My being in Berlin was an accident. Typical story: person from (insert non-German country) comes only for (insert time period) and ends up staying for (to be determined). Now after nearly seven years, when I go to my home in small-town Louisiana I instantly miss Berlin’s vibrant nightlife and most of all, I miss the public transport system. Who needs a car when I have my own driver, and every S- and U-bahn is like a pickup truck and we’re all sittin’ in the back listening to Buckwheat Zydeco. Ok there’s no Buckwheat Zydeco. Schade. And of course, there are the women. Why do you think I’m here, for the good food and conversation? If I had any luck with American girls I would have stayed in America.

I’m just saying that Germans have some things to appreciate. There are some who do have rhythm and can dance their asses off. Just don’t look for them at minimal parties. Some even like being in a mostly safe and quiet country that helps its people when they’re sick and unemployed. Maybe its at times too much but try living in Louisiana with a corrupt government, natural disasters, expensive insurance… and catholics. Among western countries, Germany ranks in the middle with everything: public health, education, etc. but it’s a pretty good and efficient middle. It’s not Britain which tends to be at the bottom, or the US which is just right above Britain. Funny thing is, the British know they’re shit while the Americans think they are the shit.

So I’m tired of Germans, or white people for that matter who think its cooler not being themselves. Maybe I’m getting too old for exotic chic, but I would have more respect for people who just say “I am what I am, but nobody’s perfect.” It’s all apart of the identity crisis that Germans are perpetually in. They should be more like white people in my country:

Perhaps white people can finally be proud of themselves when they become an underclass. Imagine teenagers of color dressing and talking like white people. Thats something to look forward to, and dudes like me and Carlton from Fresh Prince can look forward to being considered ahead of our time. They can even have a symbol to rally around, like black people have the black panther. So white people could have the Stay Puft Marshmallow Man. Marshmallows themselves are perfect representations for white people. They’re soft, often round and good when roasted but they burn easily. And you can’t make s’mores without them. Thats when you slap the roasted marshmallow between two bars of chocolate and then place those between two brown graham crackers. Mmmm, multiculturalism.

Everyone should know Stay Puft. He’s the most beloved character from one of the most quoted movies in history. A giant marshmallow man that ends up trashin’ New York. I know I love him. Not feelin’ the Stay Puft vibe? Then just remember in Hamlet, Polonius’ advice to Laertes before he went to experience another culture: to thine own self be true. That’s the gospel according to Chester.