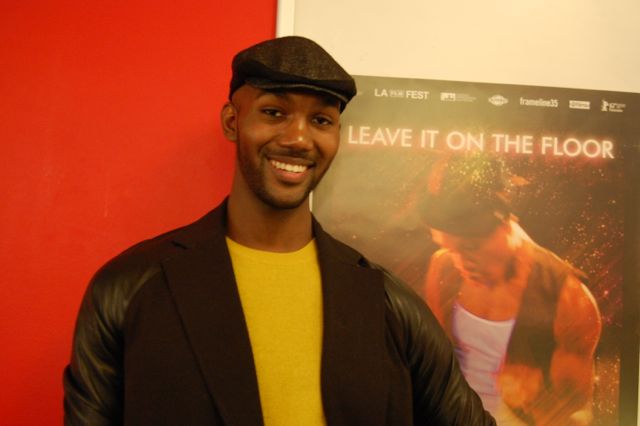 Leave It On The Floor

I had my world torn open by the documentary, Paris is Burning in the early 90’s.  All of a sudden a movie gave voice to a silenced subculture of black gay ball culture.  This culture has saved lives, nourished artists and has had a heavy influence on mainstream pop culture.  Sheldon Larry, the director of Leave It On The Floor was also moved by Paris Is Burning, and used it as his inspiration to make the a movie that focuses on ball culture in L.A.

Needless to say, I had high expectations for Leave It On The Floor.  I was not clear from the summary that it was a muscical, a format that I don’t have much appreciation for on film.  I think that character development, story-structure and depth tend to suffer when films attempt to conform.  Given those limitations, I was pleased with the overall movie that kept me engaged throughout.  The choreography was phenomenal. However the camera angles and editing make it hard for you to fully appreciate the dance moves.  The weakest part of the film, was the lack technical expertise; scenes that were too dark, choppy editing, colors & sound that seem off-balance.  The strongest part of the scene were the believable actors, many who are amateurs.

The story centers around a hunky young man, Brad,  who is thrown out of his hostile house for being gay.  While the movie starts with this ousting and the theme of exclusion  is always in the background, it does not revolve around straight people’s perceptions and acceptance, but, rather, spotlights the artistic expression and survival mechanisms of underground ball scene.  It successfully brings you into a world that is rarely seen.

Phillip Evelyn (pictured above) plays Princess and he owns every scene that he is in.  I think we can expect great things on screen  from him in the future if the runways don’t snatch him up first. The main character, Brad, is believable but somewhat annoying because of his fluctuations between outrageous bravado and suicidal self-loathing. The house mother, Miss Barbie-Q had the most well-developed character and the acting ability and vocal talent to pull it off.

I wish that the filmmakers had not made the movie a musical.  There would have been a lot of opportunities for dance and music without it. While some numbers are clearly appropriate like Justin’s Gonna Call performed by Princess, there are others like This Is My Lament that attempt to tie together characters and musical forms unsuccessfully. I wish that the song Black Love had been vetoed.  It implies that abuse, unfaithfulness and general mistreatment are “black love.”  Of course, this could mean black in the metaphoracal sense, the fact that it is sung by black people describing the love they have with each other, it was disturbing.  The girll sitting next to me even turned to me and said “Are they serious?”  Much of the music was spectacularly arranged by Kimberly Burse, who is Beyonce’s musical director.

Regardless of its flaws, Leave It On The Floor is definitely worth seeing. There is an artistic abandon that people with little to loose have that is difficult to replicate.   Although every pop diva tries really hard to do so.

The filmmakers looked for guidance from the community during development and that is evident from the realistic portrayals. The director gives more information on how he integrated community feedback into the film in the podcast below.

Leave It On The Floor was a Berlinale Blackness movie.