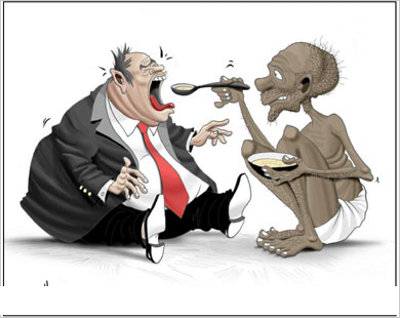 Maybe you’ve noticed, but I’ve been saying this a lot lately. Are you like me and tired of the 24 hour Berlin party people with all their blah-blah-blah baggage? Sick of your asshole boyfriend or girlfriend, and also sick of wishing that one day he/she will wake up and realize how AWESOME you are and stop being an asshole? Maybe you’re frustrated because you’re trying to change the player and the player doesn’t want to change. Well you’re mad at the wrong thing. There’s a saying, you know, “Don’t hate the player. Hate the game.” Well I got one up on that. Don’t hate the game, but change it. If basketball is bummin’ you out, why not try bowling? I dig it. What black man wouldn’t like a game where a colored ball knocks down white pins with rednecks? It’s a wonder more black people don’t dominate this sport.
This isn’t some new years resolution/sports analogy to get myself to diet, stop clubbing or get a relationship. It’s a life motto that can be applied to everything, from picking up women or picking out your next flavor of potato chips to especially politics. I see so many examples of people thinking a particular politician is the next “messiah” who will save the system. Then when such a person works within that system, i.e. plays the game, and things change too slowly or not at all, people get mad, take to the streets and then rally….behind the next “messiah” who, if I may play prophet, is just gonna do the same thing. This is just another example of changing the player and NOT the game. A soccer player may bend the rules a little here and there, be a bit more slick, but in the end, he’s still gonna play soccer the way he knows how. Think Barack Obama. Put an American football player in the same game, and well, you’ll just have this big idiot in pads and a helmet being outrun by all the players. Think Ron Paul.

But that’s what we human beings like to do. We complain about the game, demonize it, protest against it, yet still play it because we think it’s the only game in town. Then we sanctify certain people who we think will fix it. What I think is worse is when we sanctify ourselves. Have you seen the Kony2012 video? It’s all the rage on Facebook now. It’s actually nice to see something other than those ridiculous “What people think I do” memes. As if you couldn’t be more full of yourself that you have to post a meme showing what you think people think of you. Now you’re trying to raise awareness of a war in Uganda thats been over for some time and donate money to get rid of a warlord that actually hasn’t even been there for six years. What do you call a player that’s late to the game like that? The British would call them Americans, and you can always expect them to make a slickly produced film with an oversimplified message of good vs. evil with poor black people as victims. It’s Machine Gun Preacher with merchandising and without Hugh Jackman, or admantium claws. Boor-ring!
Don’t get me wrong. Joseph Kony has committed terrible crimes and should be captured, but the issue now is post-conflict reconstruction. This video however isn’t about that, or even really about capturing Kony, but about how “the White Savior Industrial Complex is not about justice. It is about having a big emotional experience that validates privilege,” as Nigerian-born writer Teju Cole so accurately puts it. The video targets teenagers and college students, playing on viewers’ emotions and casting them as heroes who can save the day with a few bucks and a bracelet. These kids can then tweet on their iPhones about how proud of themselves they feel, and lucky they don’t live in a place like Uganda. The narrator in the video states “the game has new rules.” There maybe new rules but it’s still the same game, where people from the developed world swoop in, kill the bad guy, bring some running water, and “teach” the hopeless people in the developing world about democracy. Behind the scenes though, the West has replaced the bad guy with a new player who’ll play ball, i.e. let the West take the resources to make our beloved Xboxes, diamond rings, etc. That’s the story that doesn’t get told, how western consumption and exploitation of resources contributes to and often causes these conflicts.
Let’s look at indentured servitude. Europeans were doin’ it. Some African societies were doin’ it. If you were a criminal, in debt, or what was often the case a prisoner of war you could be taken as a servant, but it was more like rental with NO option to buy. You were free to move around, could be paid a salary, and buy property. You still got fucked, but your boss at least still respected you in the morning. He’d even offer you coffee. You just had to make it and serve it yourself. Then someone thought “why rent an O’Reilly or a Bauer when I could own this sleek, sexy Adebayo import and make him work for free?”Hmmm, maximizing profits through low overhead sounds familiar. So when the Europeans began outsourcing their farming to foreign workers, servitude stopped being nice and started being real, slavery that is. A large new globalized market was opened, with people as a resource, and this led to more wars between tribes to capture more people until eventually Africans just started stealing each other. It became Blood People.
I’m sure the people behind Kony2012, and those now motivated by the film have good intentions, but this is just the West’s typical paternalistic attitude towards Africans and the rest of the world. These people should try working with children. Kids can easily inflate your ego in one minute, then burst your bubble the next. If people really want to help, not buying an iPhone will probably do more to stop warlords in Africa than giving money to an aid organization. I don’t have one, my laptops are hand-me-downs and if I EVER get married, I’ll dig up the diamond my daaamn self. Or I could just not use a diamond. Or I could just not get married. It’s not just about thinking outside the Xbox, but not buying the system altogether. It ain’t the only game in town and dare I say it, neither is the capitalism that has been preached to us. That’s the gospel according to Chester.