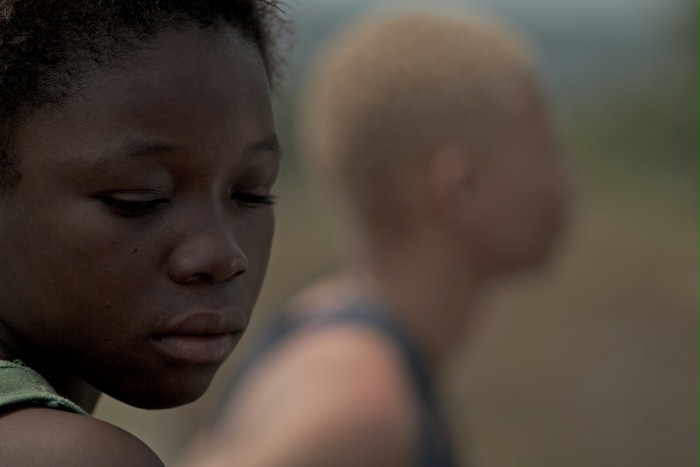 Shielding his face from the abrupt violence on screen, my companion whispered to me, “Is this entire film about child soldiers?”

He excused himself and left the Kino.  I was alone in my balcony seats with the War Witch.

Set in an unidentified part of Southern Africa (and shot in the Congo), the film centers around Komona, a young girl who is forced join an army of child soldiers to fight a civil war when her parents are killed and her village is burned down by rebel forces.

The children are given a milky potion to drink, which triggers Komona (played by Rachel Mwanza) to see not only the ghosts of her parents, but also of morose soldiers that help her to safety.  For this, she is deemed to be a War Witch, a prized weapon in the rebellion.

It took director Kim Nyugen 10 years to bring the story to life.  The idea was spurred by reading a newspaper article about child soldier and magic.  He chose not to give the mostly first-time actors the script, but instead described each scene on the shooting day, thrusting them into the story chronologically. The lead actress was so confident, playing the horrific circumstances with such subtlety, that the violence of the film sinks deeper – she doesn’t offer any hyperbolic screams or tears to distract us from the cruelity.  For this, her first role, the Berlinale Jury awarded her the Best Actress.  The result is a sort of “Apocolypse Now” revisited, told through the eyes of an adolescent girl. 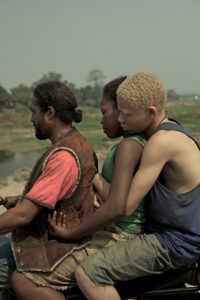 After 45 minutes, my guest rejoined me on the balcony.  I quietly tried to recount the touching love story with an older boy who is called Magician that was a welcome respite from the violence, just as bloody machetes once again flashed across the screen.

Komona’s ghost sightings are a stark contrast to the brutality of the story, and Nyugen gives them a strong, visual treatment that is luckily more memorable than the violence.  The film is effective in its depiction of the psychological effects of war, and we see how people rebel and fight for a bit of agency in their lives in the face of war, when there is so little freedom to go around.

The choice to set the film “somewhere in southern Africa” unfortunately works to water-down the potential impact of the story.  I was left wondering where exactly these quaint customs, legends and traditions that weave through the plot actually come from – too often the African continent is treated like one country, and this film unfortunately blurred the lines even more.  Perhaps this decision was made to keep politics out of the film.  However, it was a surprise to see “his excellency Joseph Kabila”, current president of the Democratic Republic of the Congo listed in the credits under the Special Thanks section.  Kabila the was commander of an infamous children’s army and is the son of President Laurent-Désiré Kabila, a career-rebel and former AFDL leader who came to power in 1997 after a long, bloody war where his supporters in Uganda and Rwanda killed thousands of civilians. (At time of publication we did not receive an answer from the film’s press agency regarding the reason for this credit).

Despite these unanswered political questions, REBELLE is a film whose approach, visual style and rawness and has stuck with me, and left me hoping to see another performance from Rachel Mwanza sooner than later. 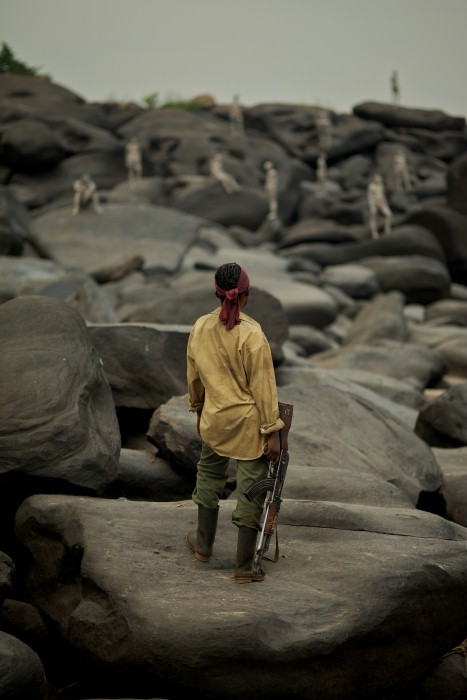