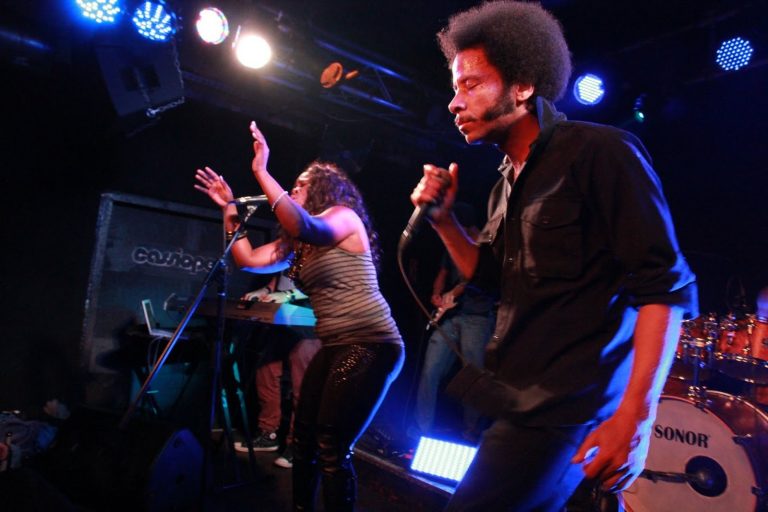 The Coup Was Worth It

Berlin is hard to survive when the summer ends and endless dark days begin. The Coup just came through to bring us a bit of brightness and a lot of funk. Years ago when I first heard “5 Million Ways to Kill a CEO” at a Hip Hop Against Racist War listening party, I was sold. While The Coup has a clear message, they don’t sacrifice lyricism to tell it but years go their music was spare with minimal instrumentation. Their growth as artists has allowed them to fill in he gaps in their sound.

It took a lot of motivation for me to bike to Kreuzburg mid-week in the cold but I tried not to have too many expectations as I’d never seen them in concert before. Their strong political message focuses on collective struggle, combating greed, challenging oppressive power structures and empowering the poor and disenfranchised. This commitment to communicate these strong messages comes through in every song. While their songs are enjoyable, I was worried that they would be too serious to put on a fun show. I was wrong. 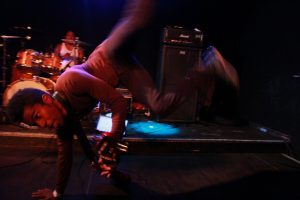 The Coup came with a full band and everyone pulled their weight and then some. They wasted no time in starting the party. Their latest album features a funky upbeat sound full of enough musical richness for every band member to show off. The front man, Boots Riley, in addition to being a gifted writer is a hellova dancer. He put his full energy into every song and was able to squeeze in some humorous and inspirational asides. Before The Coup started playing, the crowd was reluctant and I was able to pick a place at the front of the stage with ease. By the end of the first song, the crowd was turned on and ready for more and I barely had elbow room. 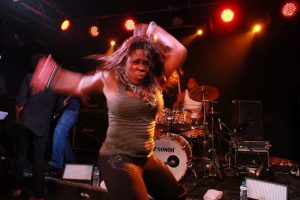 A few songs later they brought Silk E on the stage and that was when the whole place lit up. Silk E ran through the hooks and complimented the energy on stage well. It was also clear that she coul rock a solo show on her on which was a bonus. It did not hurt that she was gorgeous either.

Her dance moves had an urgency and broadness to them that commanded the show almost as emphatically as her voice. When she was given a couple songs to herself, it was made clear that no one should sleep on her album.

The Coup had to come on stage for an encore of course and I hope they come back to Berlin soon. We could use some of that Cali warmth. 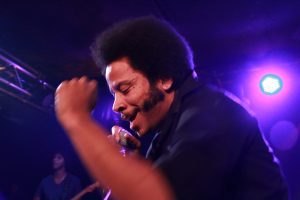