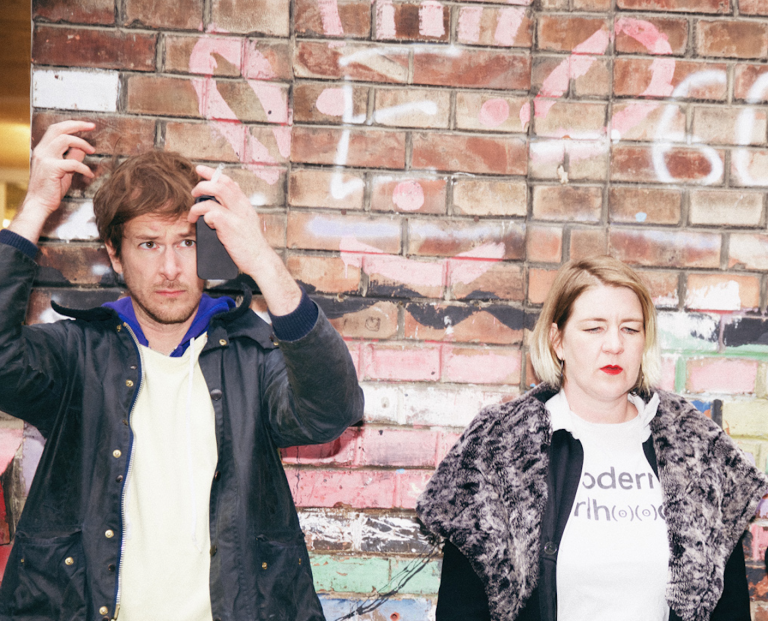 What do you find funny?

I’ve had a lot of opportunity to examine this question of late. Netflix and Youtube have gifted us with an endless supply of comedy performances. I love the art of story and find myself exploring comedy options much in the same way that I browse Podcasts. I’ll play them and hope for the best and if it does not work I end up bored and find something. Worst than that the attempt at creating humor leaves many would-be comedians grasping at the lowest hanging fruits – opting to shock with bigotry rather then bore with mediocrity. Even in their bigotry however, the mediocrity shines through and the result leave me annoyed and laugh-less.

So I was thrilled when I found out that about Vienna’s PCCC – Politically Correct Comedy Club. The idea behind this is to create a space where folks can laugh without having their marginalized identities be the butt of the joke. It’s a bilingual show where the comedians free to uphold some basic values and perform pre-vetted pieces to an always packed audience at the WUK. It’s bilingual and usually has a 50/50 split between German and English performers. What is fresh about the way this show is curated is that most performers are not conventional comedians, often performing comedy for the first time on the PCCC stage. But they all tend to be brilliant story-tellers and the best ones don’t seem as if they are trying at all.

Comedians have had a lot of stumbles of late. Kevin Hart lost his chance to host the Oscars in the after his violent gay-jokes resurfaced and he offered a series of non-apologies. Terry Crews who of-late has been a progressive voice against sexual harassment in Hollywood in currently hanging himself on Twitter trying to justify his gendered ideas of successful parenting. Then there are the comedians who have proven themselves to be outright abusers and use their comedy to disarm their victims and justify their actions like Louis CK. Finding a host of comedians that are interested in creating comedy that pushes boundaries without excluding people in their audience has proven almost impossible.

Sometimes, the scripted nature of PCCC gets in the way and I wish people had more space for improvisation. Yet I don’t miss the people trying to cook-up comedy from rotten hanging fruit. I don’t have to worry that I’ll turn to a sea of faces that are laughing about my Blackness, queerness, gender or foreign-ness. Being made to feel shitty about who I am by someone who I paid to see, often in a crowd of people who volunteer to make me feel shitty about those things on any given public street, is a compromise I make every time I enter a comedy club. PCC promises that I don’t have to check my humanity at the door when I show up to have fun. It is a lofty goal and not-surprisingly a very successful one.

PCCC {pis::sis:sy} is Vienna’s first Queer Comedy Club and is going down roughly 4 times a year – brought to you by Denice Bourbon and Josef Jöchl.