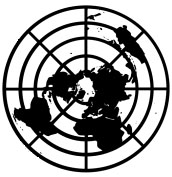 The Mic Movement is an online cipher* founded by Chester Veazie & Denise VanDeCruze. It seeks to create and foster that interconnectedness among artists, art forms, and the people in general. Although the focus would be on Berlin-based music, visual art, dance and theater inspired by the African Diaspora, the artists it features are from a variety of backgrounds but share immense talent and passion. Our mission is to use the dark to shed some badly needed light by promoting these artists and events, through the following content:

News – Trends and developments relevant to arts in Berlin.

Berlin Boombox – Highlights of upcoming events and reviews of past performances.

The Mic Movement is in the beginning stages of development and we are looking for interested people who can join our team of contributors. We aim to provide content that is fresh and relevant to art and life in Berlin. If you have read our mission and feel inspired to lend your talents to this project, please contact us at injira@yahoo.com or cveazie@hotmail.com We welcome all submissions.

When Small Talk on 125th and Lennoxwas released in 1970, Gil Scott-Heron went from being poet and novelist to the “godfather of rap.” The intro “The Revolution Will Not Be Televised,” with its proto-rap style, social critique, and heavy drumbeats became a profound influence for hip-hop. That song did lead to a revolution, where an African-American art form which blended poetry with political and cultural references, and social criticisms that emerged from inner-city New York became a world-renowned movement. Yet when Scott-Heron uttered those words, he was speaking of a revolution of the mind, which couldn’t be captured on film, when a person would see something, suddenly wake up and get in sync with the people around him/her.

So what is The Mic Movement? Well a movement as defined by Oxford is a group of people working together to advance their shared political, social, or artistic ideas. To follow Gil’s line, one would assume that these people saw something, woke up and got in sync with each other. In the case of Berlin, actually it’s what we don’t see. Here, there is no centralized location where the public can find out about performances by international and local artists in hip-hop, R&B, jazz, and other genres in what Germany dubs “schwarz musik.*”How many times have you found out about a Talib Kweli concert by just walking passed a poster glued to a clothes bin? You’re more likely to find out about a minimal party before you hear Janelle Monae is comin’ to Postbanhof.

The African Diaspora has had clear influences on this city. Black people have had a hand in everything, from the sauce on the currywurst to the techno in the air. It makes sense that a people who have contributed so much musically, historically, and culturally to this city should have a platform where people can share their interest in our music, art, history, and culture. That platform should provide news, event highlights, interviews, and social commentary. First it should make you listen, but then it should make you think. More importantly, it should make you move, to collaborate, to reach out and associate. As the African philosophy Ubuntu states, no one is an island. We are all interconnected. “I am what I am because of who we all are” said by Liberian peace activist Leymah Gbowee.

The Mic Movement claims no credit for any images posted on this site unless otherwise noted. Images on this blog are copyright to its respectful owners. If there is an image appearing on this blog that belongs to you and do not wish for it appear on this site, please E-mail with a link to said image and it will be promptly removed.