By de hundred, by de tousan
From country and from town,
By de ship-load, by de plane load
Jamica is Englan boun.

Dem a pour out a Jamaica,
Everybody future plan
Is fe get a big-time job
An settle in de mother lan.

What an islan! What a people!
Man an woman, old an young
Jus a pack dem bag an baggage
An turn history upside dung

Excerpt from ‘Colonisation in Reverse’, Louise Bennett (pictured), Jamaican poet and folklorist, 1966.[i]

One of the great ironies of life in Berlin is that its an oasis of hip! Its an urban, oh-so-cool island, in the middle of the former GDR, the repressive authoritarian East German regime that followed fascist Nazi rule. The suppressed trauma and the healing the past that needs to follow, is still a very young process. And, as for Germany reckoning with its colonial past, that process is younger still. And though Berlin is an island, that is not to say it doesn’t also have pockets of far-right extremism, but most of my friends, be they people of colour, or not, celebrate Berlin joyously.

So it was with exploration in mind that Raph and I headed off into the countryside – darkest Brandenburg – last Saturday afternoon, thinking we’d find ourselves some fresh air and good-times on our bikes. 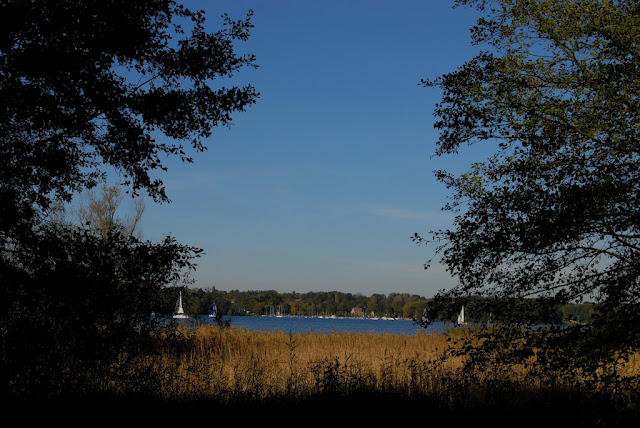 And that we did. Most people were cool, some even friendly. But was the feeling of hostility as we left the city boundaries, real or imagined? I don’t suppose one gets good vibes from pissed-off drunk teenagers anywhere, but there was something eerily ill-at-ease about the small gangs we passed huddling under trees. Luckily, my brilliant bike Fifi has all 8 gears, and we could cycle blithely by.

Its no secret that far-right extremism isn’t just a rebellious identity for youth, but also, social acceptable in some parts of the country. The past year has seen renewed calls for national introspection as a result of the racist murders that were, in a show of remarkable arrogance and blindness, labelled ‘Kebab-Murders‘, by the press (ie, the local equivalent of what the British press likes to call ‘black-on-black’ violence). The murders were hardly a priority for the authorities until the suicide pact of the neo-Nazis responsible exposed the extent of official complacency.

I’m not gonna lie, we’ve even encountered racist daubings on a bench overlooking a serene and beautiful lake (oh, the irony). But in the spirit of the irrepressible Ms Bennett and the brave Jamaicans she wrote about, tongue-heavily in cheek, colonising England in reverse more than 50 years ago, we continue to take pleasure in the surrounding green of Berlin island and ‘henjoy weself” in the great outdoors.

And what’s more, part of the experience of being black in Europe is defying preconceived notions of where black bodies belong. There’s nothing inherently urban about me. My mother grew up playing in the grassy meadows of St Lucy, Barbados. And, like most Bajans, our family has been migrating to exotic new places out of need and from sheer curiousity, for many many generations.

Happily Deutsche Welle recently reported on the African Diaspora taking to Berlin to its heart and calling the city home. What a beautiful thing to witness, more Africans turning history upside down!