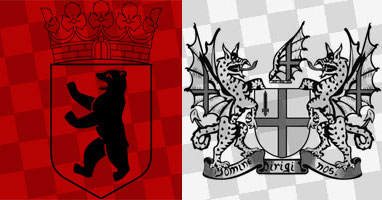 A Tale Of Two Cities: Berlin and London

“It was the best of times, it was the worst of times” goes the opening line from the famous novel by Charles Dickens, followed thereafter by the words “it was the spring of hope, it was the winter of despair.”Now while most will remember the first line, the second resonates with me even more. There was a whole lot of that hope thing going around in 2008, and since then it’s been one long winter of despair with high unemployment, people losing their homes and the widening gap between rich and poor. Yet since this economic crisis hit the planet, I’ve been asking, “What economic crisis?” It seems like Berlin has been in a bubble of sorts. The economy here has been bad long before 2009, but the 24 hour party people don’t seem to be distracted from their four-day weekends.

So here are the two cities in our tale. There is London which has just undergone a revolution where flatscreens, nikes and wallets were “liberated” from their stores and owners by the peasantry. Then there’s Berlin, where many seem to be “just living their lives here” without a job and little money yet still manage to spend their hard-earned-from-the-state cash at Kater Holzig. Heard of this place? It’s the new Bar 25 and the crowd there is bigger and more deadly than the one before, much like the Death Star. So why are broke people in London storming Footlocker, and broke people here storming the line at Berghain?

I’ve spent some time in London, made alot of good friends there and experienced it’s pace and people. As far as multiculturalism goes, it ranks right up there with New York, Toronto, etc. Sure Berlin is multi-kulti. I mean the white people here come from all over Europe, but London is a whole other level and sometimes I do miss walking in the Brixton market and not being the only black person around. However as soon as I came to Berlin and it didn’t cost me 20 euros or two hours of my life to get from the airport into the city, one thing about London became clear to me. It’s just too expensive to live there, and in there lies the heart of my love/hate relationship with Berlin. You don’t NEED much to live, but then you don’t MAKE much.

London’s dynamism and expense is what motivates people to find work. You have to move your ass or you’ll be on your ass, but then the work was there. By contrast, here in Berlin, or Brokelin as I like to call it, life is cheaper and slower, which means work is harder to find and people here are less motivated to find it which can be really frustrating. At the same time though, people here aren’t caught up in a rat race trying to make even the rent. Londoners won’t talk to you because they move fast and really don’t have the time, whereas Brokeliners have more time to talk to you, they just mostly don’t want to. That is except when you meet them at a club or just crash one of their house parties without knowing anyone. You can’t do that in London. Couple all these things about Brokelin with a social system that isn’t generous but is MORE generous than what is in place in the UK  and one can have a chance to enrich oneself or create something, once said person can make it out of the black hole that is the Berlin party scene. This takes about two to three years.

This is not to say that Brokeliners don’t get up in arms about stuff. The cost of living is rising here because the politicos want the city to rake in more cash. So there have been demonstrations against things like the tyranny of paying rent (yes some squats do still exist but they’re an endangered species) and much of the protest is still directed at those at the top of the food chain, but the clashes between police and protester are nowhere near what happened in London. These reactions are merely attempts to prevent this city from becoming another overpriced, super-sized Western metropolis and there is good reason to fear this. While those on the right rage against the looters and those on the left condemn the UK’s new austerity measures, what many of our British friends don’t realize is that these “austerity” measures have been going on since the 70’s. The UK government has been cutting back on the social system that educates and cares for its people, starting with Thatcher, continuing with Blair and New Labour, and now under Cameron. This I think has created a present population that is lesser educated and get their values from reality TV and derive  their value from consumerism.

So the London Riots ’11 weren’t a Sex Pistols revolution because those type of switched on people don’t exist anymore, but it was a rebellion that’s reflective of the society. London youths seeing little hope of higher education and social upward mobility lashed out against police, brand names and big chains. Unfortunately none of that was directed against the banks and stock brokers that brought about the financial collapse. What I think is more unfortunate is that the shrinking middle class moan about the poor and their own situations but then get back into the queue, just like the good British people they are.

There’s a rebirth subtext in “Tale of Two Cities” representing the hope that France would rise from the ashes of its revolution as something better. Brokelin, ok Berlin, underwent constant rebirths, and today is the one place where I’ve met Londoners who work in their city but live in ours. That’s the point. Here you can actually live. A new London probably won’t come out of these riots anytime soon and frankly sins of the father pass to the next generation, meaning the US is next. It’s just simple logic that it hit the UK first. You know what they say, age before beauty. That’s the gospel according to Chester. 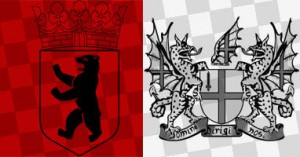