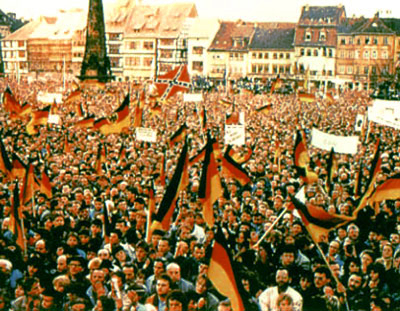 The South Shall Rise Again…But In Berlin?

You ever have those moments when you’re in a foreign country, surrounded by foreign people (to you) speaking a foreign language, and then you see something that makes you think “I traveled all this way to get away from this thing and its here”? It’s odd for me to see the amount of cultural appropriation that goes on abroad. You’re probably asking what “cultural appropriation” means. It’s a good thing I teach English. It means when you take certain aspects of a culture (the cultural part) and use it (the appropriation part). This could be words and certain items. Now I’ve already mentioned afros from black people. So to be fair, let’s look at the symbols usually applied to the Southern white working class, affectionately known where I’m from as poor white trash.

Ever since Ashton Kutcher made the trucker cap tré chic, the “white trash” look has been in style here in Europe. It has especially found a home here in Berlin, where I think the only competition that takes place between the people here is who can look the most broke but sexy. It makes sense. I mean this is Berlin, the poorest city in the poorest part of Germany with the poorest people, with an unemployment rate of 20%. When tourists from NY, London, and Paris wanna slum it, they come here for the cheap prices. So as opposed to Munich where it’s against the law NOT to be in fashion but it’s ok because they have the money for it, Berliners, being East German, are actually poor white trash. What gets me is that rather than look like poor Germans, they’ve adopted the look of poor Americans.

They even have they’re own restaurant in Prenzlauer Berg. You guessed it, White Trash Cafe. When it was in Mitte, the workers were from the US and actually had the attitude and the look. It was more like a theme park then. Now it’s just a bunch of Germans trying to act like Americans, but they’re supposed to have good burgers. I wouldn’t know because I never actually eaten there. You see being a born and bred son of the South, I knew people who actually wore wife-beaters, trucker caps and uniform shirts with the nametags sewed on. This wasn’t a style. This was life. So the times I’ve walked into White Trash Cafe, I would walk right back out. And I mean come on, how poor are the people here? Papa Deutschland still takes care of its people more than the US cares for its own.

The same thing would be German restaurants in the US, which usually are Bavarian-style. For some reason Oktoberfest, women in dirndls, and men wearing lederhosen and funny hats with feathers in them are our image of Germany. So a German from Westphalia would think its pretty silly. Thats my take on the “white trash” look, silly at best. However, there are times when its not silly but serious. It happens when I see the Stars and Bars, the old Southern confederate flag in parts of Berlin. Sometimes it’s outside of music and motorcycle shops. If you’re into rockabilly or a biker dude, then this symbol goes with it. The scary part is when I go to parts in the far north and east of the city. They could be hanging down from rearview mirrors or flying in front of someone’s house, Schreber garden, or trailer (yep they have those here). What is the deal here? Do these people want Berlin to break away from Germany and form its own state? That’s about as ridiculous as Bavaria leaving the Bundesrepublik. Bavarians are alot like Texans, convinced that they can be their own country when they were their own country before and couldn’t handle it. Berlin would be a bigger disaster. The city would be overrun by trendy attractive scandinavians, and the unemployed with no more social money from the gov’ment would have to work (gasp). I’m verklempt.

Surprisingly, the Southern flag has been here since 1989 when it was flown as the Berlin Wall was being torn down. It has been used by people in former Eastern Bloc countries to protest communism and tyranny. Now I think it’s more about the fact that known Nazi symbols like the swastika are outlawed in Germany. So to get around this, neo-nazis use others such as numbers that represent racist phrases, and the confederate flag. Many of my Southern brethren would say that their flag has been misappropriated and that it’s about heritage, not hate. Well I never met a southerner that loved losing our Civil War or loved the Reconstruction period that came after. Southerners don’t spend their time lovin’ Abraham Lincoln, and the really diehard conservatives, let’s call them neo-confederates and there are many, don’t love the federal government. They want to turn the clock back to 1850 when everything in America was grand, until Lincoln came along with this crazy idea that everyone should work AND GET PAID FOR IT, and used federal power in a war that the South actually started then lost. The Southern flag would return in 1965 as a protest to the passing of the Voting Rights Act for black people and it’s been around ever since. If it was really about celebrating the 100th anniversary of the war back then, why is it still on Southern state flags now? It is about hatin’ somethin’ alright.

One thing I appreciate about Germans is the fact that, at least the ones I know, understand the complexities of their role in the Second World War without glorifying or condoning their actions. There were those who fought bravely and because they had to or else the Nazi’s would have kill them and their families. There were those who fought just because their country called, but most people here realize that they were on the WRONG side. They don’t reenact battles or have parties celebrating the war. There’s no debate over their treatment of Jews. The secular, “socialist” Germans are pretty light on the victimhood and heavy on the personal responsibility, which strangely, I didn’t find in the conservative, pull-yourself-up-by-your-bootstraps “christian” South.

The symbols of the South that I see of course have a different meaning to people who aren’t Americans. A wife-beater might just be a fashion statement and the confederate flag might just be used as protest against some communist dictator, but that doesn’t change the original meanings behind them. Remember the swastika was, is, and will always be a symbol of luck in India despite being misused by the Nazis. To change the meanings behind these symbols without knowing or perhaps ignoring the original intent is just another one of those superficialities that I’ve learned to deal with in a foreign culture. Yet people are more than the symbols that represent them. Americans don’t wear lederhosen or fly a German flag, Nazi or otherwise, when they listen to Rammstein or Wagner. So what’s the point if you’re a rockabilly, to have a confederate flag key chain? Looking the part doesn’t bring you any closer to the real thing. Elvis is dead, along with Jackson and Lee. Just bury them in wife-beaters, with the Stars and Bars wrapped around them and let them rest in peace. That’s the gospel according to Chester.