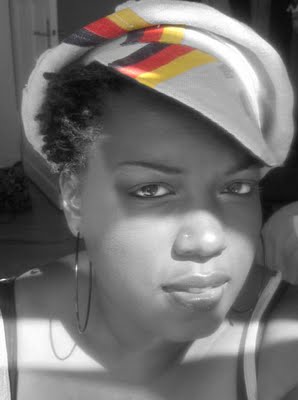 LIVING IN GERMANY, CAN I REALLY DO THIS?

Living in Germany, occasionally I suffer from bouts of homesickness. Missing home varies from day to day but it’s usually tied to an unpleasant experience and how hormonal I am. Today was a day when I thought briefly, I should just pack this whole show up and take my ass back to America.

I had to pay a visit to the local Zollamt (tax office)to potentially pay duties on a package I received from the States. I received a notice because my package was from an online retailer and Germany wanted to collect their VAT (value added tax). Fair enough, I went to the office, with my receipts printed out, listing all the items and their value and knew it would be an interesting morning. Because the Zollamt, or any Amt in Germany, is always an interesting and a drawn out experience.
Long story short I am finally called forward after checking in and waiting with all the other schmucks that don’t support the German economy.

The person who has to inspect my package and assess the tax due on my items was some skinny dude with a ponytail, bad teeth and a tooth pick in his mouth. I could smell his tobacco cologne from the waiting room, he didn’t look pleasant but I walk up to him and greet him with a smile. He doesn’t greet me back but proceeds to rattle off tons of, I don’t know, questions in German. I can decipher the German word for receipt and hand him mine. In German I ask him to please slow down because my German is not so good. He doesn’t slow down, but continues to ask me questions but just at a louder tone. Sigh. So at this point he is screaming at me, the same sentence over and over, I know some words and I am close to figuring it out but something breaks in my head and I am paralyzed in confusion. Now don’t get me wrong, I can handle myself in these situations, I typically ask someone to translate for me or I can call a friend to translate over the phone but I am extra confused because I could have sworn I overheard him talking in English to the person ahead of me.

How could I be so sure he was speaking English? As a person who doesn’t speak the dominant language, you get used to not understanding the general ramblings, mutterings, and side conversations of the locals. Everything after a while almost sounds like that “mwa mwa mwa” noise the adults in the Charlie Brown cartoon make. It enables you to be in your own little universe where you can shut folks out cause you don’t understand what the hell they are talking about. Once in while you hear English, and it pierces this bubble, it’s like recognizing the distinct call of your species in the wild. Depending on my mood, hearing English can be comforting or intrusive because I appreciate the solitude. Whichever way I perceive it, I am certain when I hear it, the English words seem to float above all the other white noise around me and I experienced this just a few moments ago while I was in the waiting area.
Back to the story. Luckily there was a gentleman who was about to leave who spoke English and German and he asked if he could translate for me. So he patiently translated as I described each item in detail, told him there are no shoes or accessories, just dresses, and skirts, I don’t intend to resell anything, etc. He calculates the tax I owe, writes it down and I go over to the cashier to pay. I come back to his station and show him that I paid and I am good to go. I pick up my box and turn away and in perfect English, funky ponytail clown says “You can’t show up to a German government office and expect everyone to speak English.” He lets out a chuckle while he shakes his head, and gives me that “run along now, little girl” hand motion. I knew it! I knew I heard him talking in English before. I was pissed! Without blinking I said, “I don’t expect anyone to speak English, I am well aware that I live in Germany, I just expect you not to be an complete asshole.”I wasn’t quiet either, the man who was translating for me almost swallowed his chewing gum. The ponytail clown, embarrassed or simply frustrated, just walked away.
What was the point of his little demonstration, did he think he was teaching me a lesson? Was this his way of helping me? What a condescending blankity blank blank. His exercise cost me time and energy, it even involved a perfect stranger who wasted his time translating for me when there was no need. I was so upset. Why was some other customer worthy of being spoken to in English, but I get treated like an idiot foreigner. Was it because I was American? Was it because I was a woman? Because I was a Black expat in Germany? I will never know. The thing is I am not one of those English speakers who walk around expecting folks to conform to my needs. I know plenty of expats who have no plans to integrate and make no efforts to learn German, I am not one of them, dammit!

In the hours after this experience, I had my usual doubts about living in Germany. Why do I do this to myself, why don’t I go back to a land where people understand me, where a simple task like picking up a package doesn’t turn into some social experiment. Wouldn’t life be easier back home? Wouldn’t life in America be better? Me and my PMS were ready to go. Moving overseas can be an amazing life experience but it is also challenging. I am not going anywhere but incidents like these make me question what I am doing here. Can I accomplish my goals Stateside, amongst family, friends and English speakers? Whatever the answer to those questions are, I am not hot tailing it out of Germany because of some unhappy clown at the Zollamt. I will depart from Germany if and when I want, I won’t be chased away or bullied. I have momentary doubts when crummy things happen but crummy of a different sort can happen regardless of geographic location.