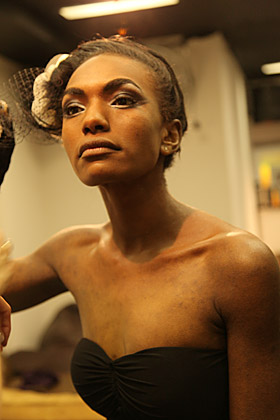 Last weekend I ventured out of my corner of the city to check out the Black International Film Festival in Rathaus Shöneberg and  left impressed and inspired.  The festival featured artist performances, seminars, and films from promising filmmakers that represented experiences that often get neglected, some of which were breathtaking.

While many film festivals revel in their exclusivity, the Black International Film Festival celebrates inclusivity and featured films and filmmakers from all around the globe. Each film offered a radically different perspective from the last.  The unifying element of these films were their ability to engage the audience. Look for my reviews of some of the films in the future.

If you missed this festival, you can check out the upcoming Fountainhead Exhibit (July 1 – August 31, 2012.)

A gallery of some of the film stills are below.