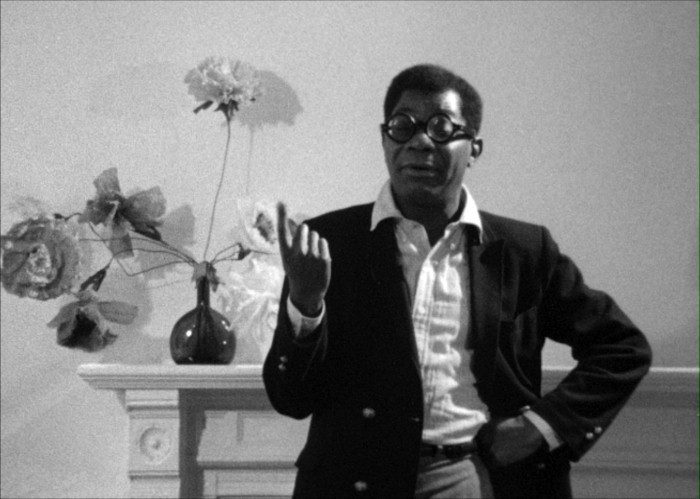 Berlinale – Forum 2013
USA 1967
DIRECTOR: Shirley Clarke
Jason Holiday
The crowd-sourcing platform Kickstarter had a hand in realizing more than one independent film premiering at this year’s Berlinale, and we are talking about films from seasoned, internationally acclaimed auteur filmmakers financiers should be jumping at the chance to support – Andrew Bugalski’s COMPUTER CHESS and Matt Porterfield’s I USED TO BE DARKER are two of the most praise-worthy examples. Now even the works of legendary independent filmmakers require our help to get back to the screen. The recent restoration of Shirley Clarke’s PORTRAIT OF JASON showed just how important this fundraising tool has become for films made outside of the studio system.

The original master material of Clarke’s was lost for over 45 years, and thanks in part to Milestone Pictures Kickstarter campaign, a restored print was premiered at the film festival in Berlin to sold- out audiences. One has to wonder how such a seminal film, one that Ingmar Bergman described as, “The most fascinating film I’ve ever seen,” could come so close to being lost from history. It would be easy to say that the Black, gay character and a female director are the cause for the films mishandling by the powers that be, but perhaps the films’ challenging nature – exactly the thing that make it so special – is what put it in danger of being erased from the film canon.

Shirley Clarke’s early films defined the New American Cinema movement in the 1950s. She became frustrated with the limits of experimental film, and her subsequent three features, THE CONNECTION (1961), THE COOL WORLD (1963) and PORTRAIT OF JASON (1967) are all critiques of the limits of cinema verité.

Having exclaimed, “I’ve never made a documentary. There is no such trip,” Clarke wanted to show that all the trapping of filmmaking (editing, the presence of a camera and the director’s instructions) all get in the way of representing reality. Except for footage from a surveillance camera, film inherently poses an obstruction to truth. In PORTRAIT OF JASON, Clarke shines a light on the song and dance that is the director’s relationship with the subject. Self-financed and shot over 12 hours in her living room at the Chelsea Hotel, Clarke allows the climax of Jason’s story to develop over two hours of real time (it took half a day because they had to load the film cameras – something Clarke also leaves in the film). Where she intervened, she let us know; the film is peppered with Clarke’s off camera directions as well as those of her lover and collaborator (and Jason’s crush), Carl Lee.

More than just a comment on the limits of representing reality, PORTRAIT OF JASON is a wonderful example of how minorities, be it Blacks, gays or the poor, act out their difference in order to safely live alongside those with privilege. As Renée Green put it in her seminal essay, we are forced to “play other to they’re same”. Jason Holiday admits in the first few minutes of the film that his real name is Aaron Payne. This is our first clue that Jason is a character, and that the wonderfully charismatic person playing him is in on the joke. He takes on the role of the flamboyant gay, the ignorant servant, the jive-talking African American – he even goes so far as to put on different hats (which he pulls from a plastic bag – another clue that this is all planned). He explains to us that one of his favourite scams is telling affluent men he needs money for a cabaret act, where he will perform these characters on the stage (he goes on to tell us that this is actually his real dream, and you feel like a fool believing him, although he did perform a one-night-only night club at two years later called “The To be Believed Day” in New York). When the film ends, he is plastered and high as a kite (or is he?), and he inhabits the final role of his show – the sad clown.

It is this tension between drama and truth that keeps the audience watching. Even the most liberal viewer will reach a point where they question whether they are a silent participant in Jason’s exploitation.

The reason we are able to ask these questions is because Clarke had the courage to leave the embarrassing, tough, unprofessional bits in. It’s a film worth watching (more than once), that will change the way you see documentary forever. Thankfully cinefiles have a platform like Kickstarter to ensure challenging works like this one are preserved for critical audiences of the future.

Shirley Clarke’s PORTRAIT OF JASON (1967) is playing at Arsenal Kino (www.arsenal-berlin.de) in Berlin on February 27 and 28th.

Look out for screenings in major cities in the U.S. and Canada in the coming months, as well as a television premiere on the movie channel Turner Classic Movies. Milestone Films (http://milestonefilms.com/) will release the the restored version on DVD and Blue Ray after the theatrical run. 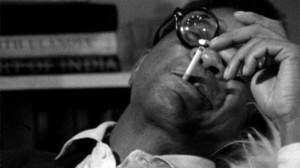