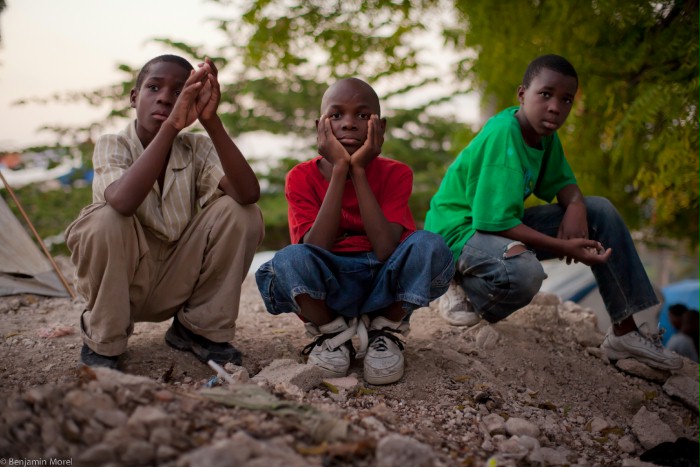 Haiti is about to have a devastating earthquake and three boys in a orphanage are dreaming of fleeing. They share two beds between them and dream of the endless possibilities of life on the street. Three Kids chronicles their journey in the aftermath of the earthquake as they struggle with the realities of urban independence.

Their relationship to each other is tender yet volatile.  They fight easily as their also act as outlets for each other’s pain. It is sometimes unclear whether they are held together by love or necessity. The leader, Mackenzie is constantly reliving the past trauma of his abuse at the hands of his uncle. The others feel an intense longing for loved ones that died or abandoned them.  Their knowledge of their past is clouded by myth, rumor and their uncertain memories. The film presents the conflict of children that are completely detached from their roots yet possessed by the ghosts of their past.

The filmmaker clearly wanted to focus on the relationship between the children but they were certain details they got lost in the shuffle the earthquake was not clearly depicted you did not get a sense that there was severe trauma around the earthquake and the passage of time during this part of the film is unclear. A series of blurred images and shaky scenes do not successfully recreate the violence and destruction of the earthquake. . This may be because the filmmakers shot this film after the earthquake happened.

Jonas D’Adesky went to initially to accompany a friend that was volunteering in the aftermath of the earthquake.  As a filmmaker, D’Adesky made this film as part of his contribution and tribute to the Haitian community.  The film was shot digitally and the cinematography is artful and at times stunning.  The music mingles traditional and contemporary sounds to mirror the tension between the old and the new and represent the beauty of the moment? The children were all first-time actors from an orphanage and were essentially acting as themselves very convincingly.  I was surprised to learn that this film had no budget given the high quality of the production.  This quality is a testament to the filmmaker’s commitment to the community represented in this film.

The writing insightful and captured the unique logic of children faced with harsh circumstances.  However the story is tied to the shortcomings of that logic and the movie feels somehow incomplete. Much like the lives of the children it depicts. 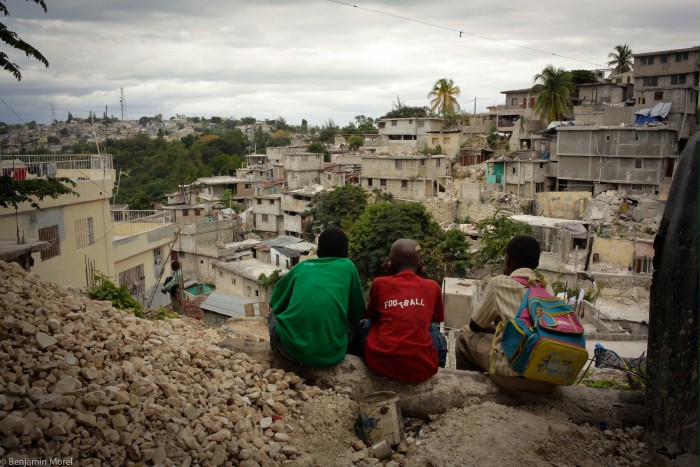